“It’s late and the night is cold. Going home now

would keep my child hungry for another day. Stay

a punch to my face. Reveal I have HIV and I’ll likely

scare him off. Hide my condition and I’ll likely pass it

on as he refuses to wear a condom.” 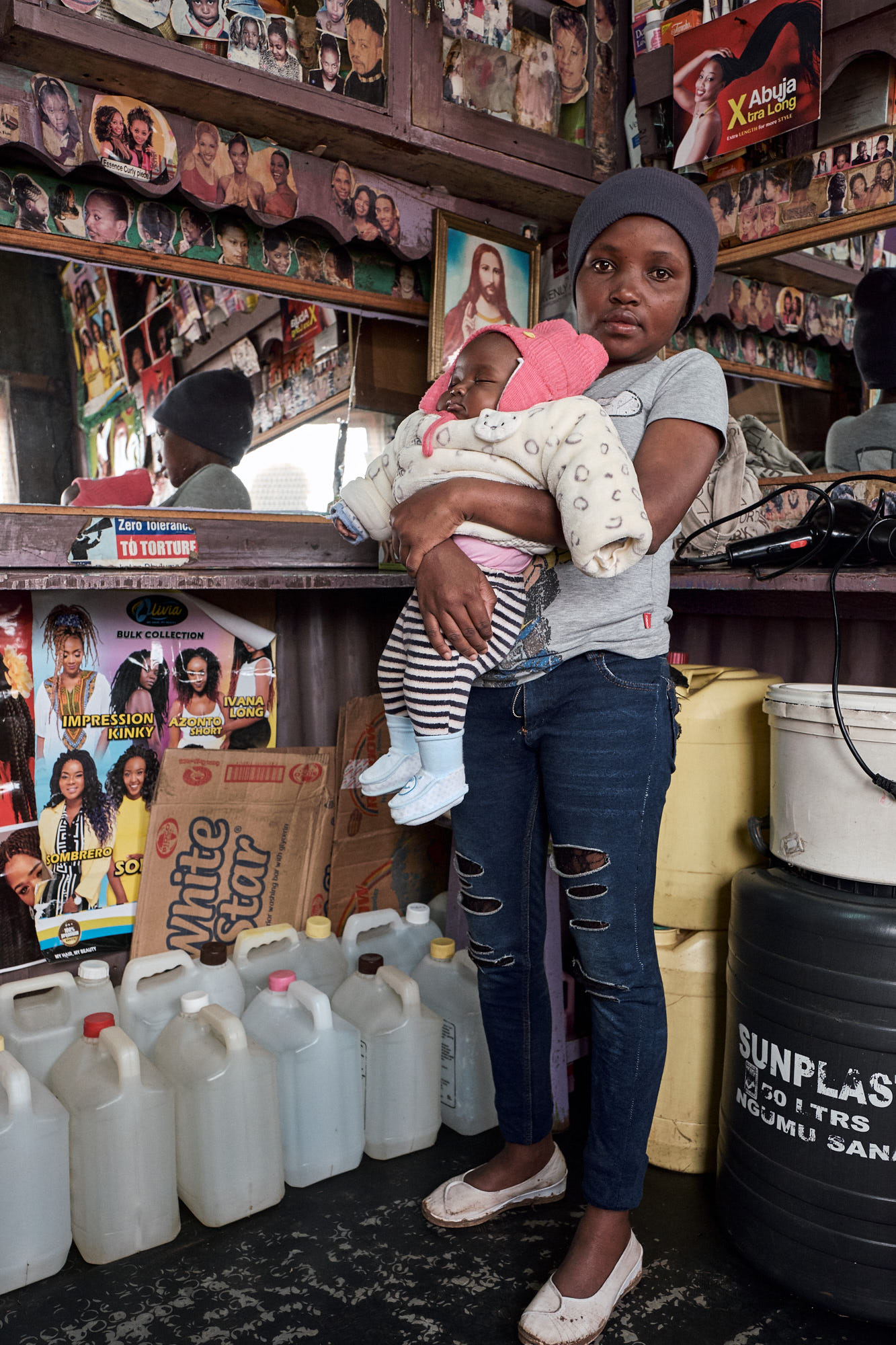 “She’s hungry”, announces Lydia matter-of-factly as she proceeds to feed her 4-month-old daughter, Chenes, in the middle of the interview. What should be a matter of instinct for any other mother turns into a complicated challenge for Lydia. She struggles to lift and turn the baby to find a comfortable position for both of them. Breast-feeding isn’t a simple task for most mothers. It’s especially hard when you’re just 14.

Lydia was born HIV positive, inheriting the infection from her mother who only found out about her own condition when she got pregnant. By then it was too late to prevent the virus transfer.

After her mother died of AIDS, Lydia moved in with her grandmother and siblings. But poverty forced her to migrate to Nairobi where she started working as a sex worker. She was 10.

Fate connected her with the HerStory Centre and she was soon rescued from the street. She was training to become a hairdresser when her childhood was interrupted yet again by an untimely pregnancy. She was 13.

HerStory has provided Lydia with regular psychological therapy that has helped build her self esteem, and desire for a better future. Being a mother hasn’t slowed down her transformation, though. She has resumed her hairdressing course and the Centre continues to provide her with medication to treat her HIV. Furthermore, during her pregnancy she received medical care to prevent her baby from meeting the same fate as her mother.

Perhaps the happiest day in this teenager’s life was when baby Chenes tested HIV negative. 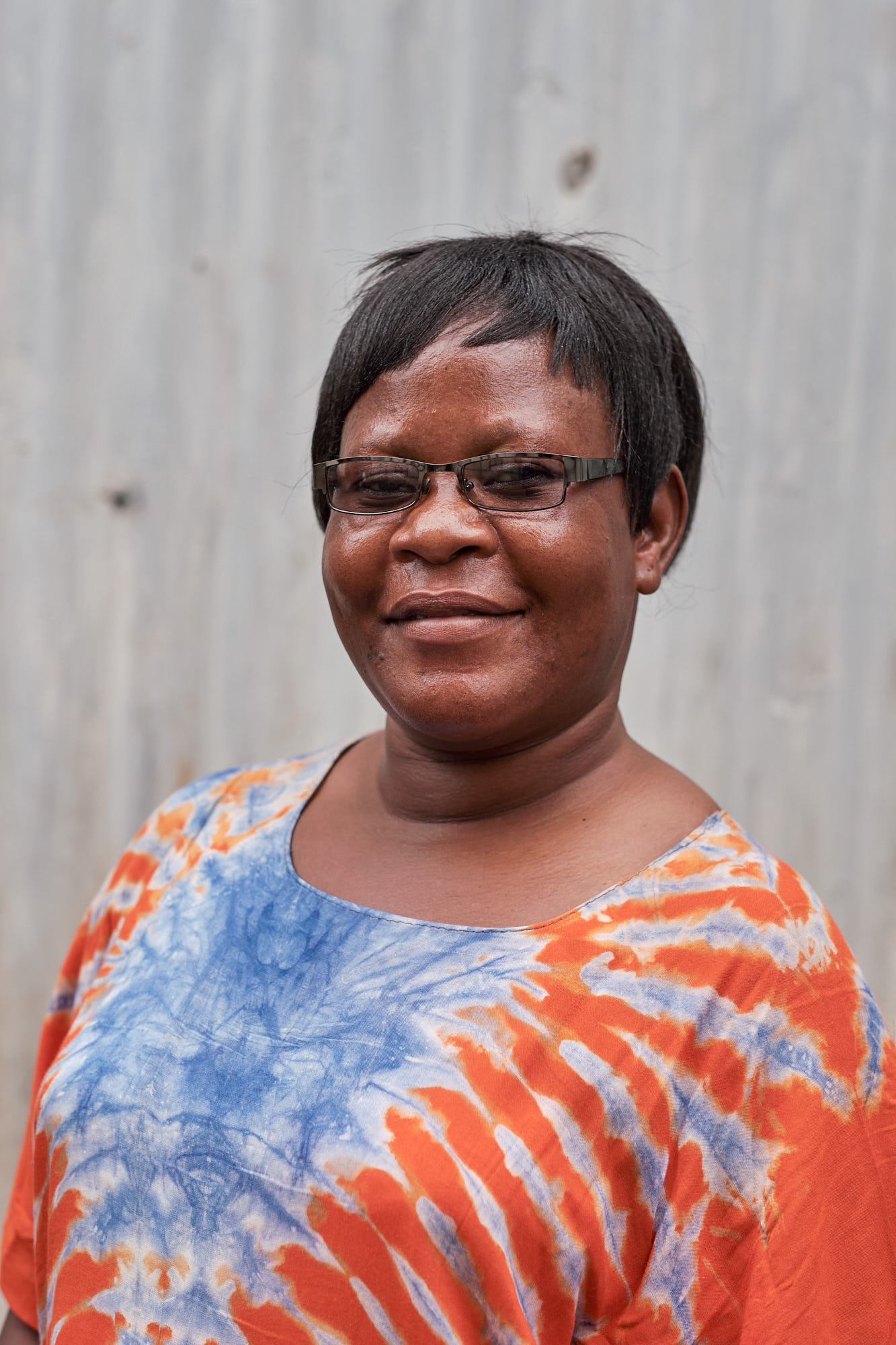 From HIV + to being just positive. Rosaline, 47

“Oh, come on in. Don’t take off your shoes,” exclaims Rosie and invites us to her sparkling clean home in one of Nairobi’s slums – an invitation impossible to refuse. Shoes go off. They had to wade through much mud and dirt to get to her door.

The 47-year-old is always in a good mood but her broad smile easily betrays a grim past. Not too long ago in 2014, after being tested for HIV positive for 10 years, Rosaline found herself sick and bedridden. Yet another test revealed a dangerously low CD4 count of 250.

This was a pivotal point in Rosaline’s life - to continue unchanged and risk certain death, or to face the naked truth and make amends. This wasn’t easy as until that point, Rosaline was a sex worker who wouldn’t even use a condom because she believed that the only way to lose her HIV infection was to pass it to someone else. Understanding the futility of her belief took effort and a radical lifestyle change - something even the more fortunate of us find impossible to do.

As luck would have it, Rosaline met a community mobiliser who introduced her to HerStory Centre, which was the first step in her rehabilitation. She went through therapy and training which allowed her to take a loan and start her own business selling charcoal. With the help of the community, Rosaline managed to clear the first loan and take another which allowed her to sell fish. Step by step, she became a successful businesswoman.

Rosie would remain forever grateful to what HSC meant for her and has remained here in a new capacity. She was chosen to be a peer leader and a chairlady and is often active as a community linker by connecting other HIV positive girls to the Centre. In the meantime, her spotless dwelling in the slum has become a hidden jewel.

“You know, my tutors at the Centre taught me that if you wanted to stay clean inside, you should keep your immediate surroundings clean as well. I have followed their advice and it worked out very well for me.”

She discriminated against HIV. Until she had HIV. Grace, 42

“Oh, you don’t have money for school!” exclaimed the woman pitifully. “So why don’t you come and babysit my children. You’ll make enough to get your education going.” It was an offer 12-year-old Grace couldn’t refuse. Only later would she wish she had.

During a ‘babysitting’ session, the merciful saviour brought two men and forced Grace to have sex with them. That was the day Grace lost her virginity and her innocence. What followed was more men and more tears, until a neighbour came to her rescue, only to let her be abused by her husband. Fate seemed unbearably cruel and repetitive.

Grace’s own sister had died of AIDS, so she had little resistance getting tested when she first got in touch with HerStory Centre. She tested positive and refused treatment, instead finding comfort in alcohol. But as time went by, her sickness worsened and she finally took medication that reigned-in the virus and made life manageable. For the first time, Grace saw a glimmer of hope.

Grace took a loan to start a business but lack of critical skills failed the venture. HerStory offered provided her with valuable counselling. That’s when Grace found her turning point.

Now a recruiter and core member of the HerStory Centre, Grace is committed to help, educate and encourage other girls caught in the prostitution web. Her own experience as a sex worker gives her invaluable leverage in understanding the plight of these girls, and offering them much needed and timely support at the Centre.

Grace’s transformation is partly fuelled by guilt. “I saw my sister dying of AIDS and stigmatised her myself. I wanted to kick her out of the house. She didn’t die because of AIDS. She died because of the stigma. Her own family abandoned her. If instead, I had taken care of her then, she may have still been here with me.”

What’s tougher than being HIV+? Hiding it from your clients. Sarah, 20

“Do you love me?” An innocent question like this is often suggestive of a quiet desperation that most of us are familiar with. What is less familiar, though, is how a rejection in love can turn the life of a teenage girl upside down.

All Sarah wanted was love but all she could find was heartbreak. When she couldn’t find love, she sought comfort, often in the most regretful ways. But just like love, support became equally rare. There was rejected by everyone, including her mother.

Soon enough, Sarah ended up on the street, hooked to drugs and making money as a sex worker. She got pregnant and, out of desperation, chose abortion. When eventually a man turned up willing to marry her, she said yes without a thought. The marriage didn’t last long, though, leaving her pregnant again. After giving birth, Sarah went back to the only work she knew to support her child.

At the age of 17, life finally offered her its brighter side in the form of a HerStory beneficiary. Sarah joined the Centre where she received counselling and hairdressing training. After six months, she was finally able to earn with dignity. Today she is a proud businesswoman with her own hairdressing salon, supporting not only herself but also her son and her younger brother.

“I have always lacked self-esteem and people treated me accordingly. Thanks to HerStory, I have found it, and people just stopped humiliating me. They always treat you like you treat yourself.” 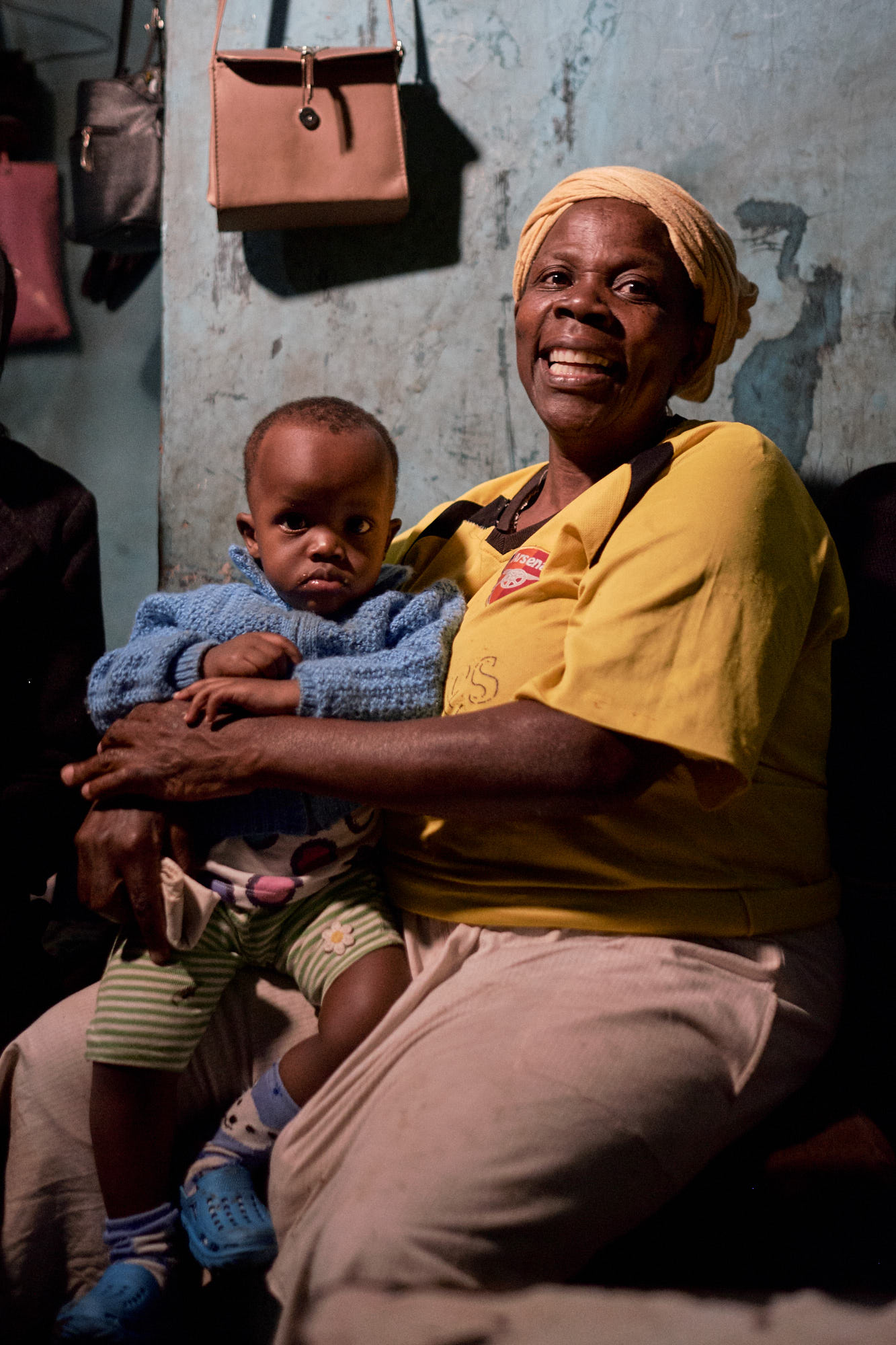 “You’re mad!”, declared Jane as she almost kicked the doctor who had just diagnosed her with HIV. “The virus can’t penetrate people with large bodies!”, she said, recounting an old wives' tale that had been spreading through the veins of Kenya. Instead of changing the doctor, Jane decided to change her apartment, in the hope that she could deceive the virus and leave it behind like an unwanted piece of furniture.

Fact soon caught up with fiction, though. Jane’s condition went from bad to worse and she could no longer deny it. She returned to the hospital and underwent immediate therapy. While medication halted the virus, her future seemed less certain. That’s when she met Catherine.

A HerStory Centre mobiliser, Catherine introduced Jane to the Centre’s programmes. And for the first time, HIV felt like the beginning of something and not the end. Gaining crucial social, business and health training at the HerStory Centre, Jane could finally turn her denial of HIV into a life-affirming force.

Nothing proves her transformation more than the fact that despite already being the mother of five, she could still find the love and courage to nurture the orphaned son of her friend, who had herself succumbed to HIV. For some, dodging death in itself is a big deal. But for Jane, she used her second life to give life to someone else.